A Belt Pack is used to carry the Gx data-logger at waist level, in a hands-free fashion, and incorporates a platform onto which a Gx data-logger is mounted. A Belt Pack is used in conjunction with either a Hip Pack Wire Dispenser or a Back Mounted Wire Dispenser for Close Interval Potential Surveys (CIS or CIPS). “Standard” Belt Packs which are Belt Packs with integrated “standard” dual probe adapters (see below) are also used for DCVG surveys.

A dual-probe adapter is mounted onto the underside of the platform and 5-pin data-probe cables are connected to the adapter for pipeline survey work.

The dual-probe adapter supplied with a Gx Belt Pack will be of one of two types, depending on which type of Belt Pack is ordered, as follows:

Banana Jack Dual Probe Adapter: Incorporated on the Gx Belt Pack (Item #11709). The Banana Jack Dual Probe Adapter has a banana jack connector output which allows a banana plug cable to be connected between the dual probe adapter and the negative terminal (black banana jack) on the Gx Data-logger. This allows connection to the data-logger of the automatic trigger cable (which utilizes the 5-pin connector on the data-logger) for automatic triggering of readings during a CIS, as opposed to manual triggering using the push button switches on data-probe canes. This set up also allows the use of our 5-pin data-probe cables, as opposed to banana plug cables, for the automatic triggering of readings option. Please Note: DCVG surveys are not possible with the Gx Belt Pack (Item #11709) Banana Jack Dual Probe Adapter. 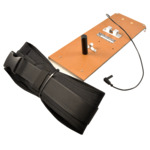 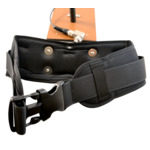 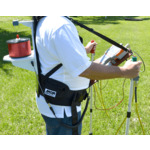